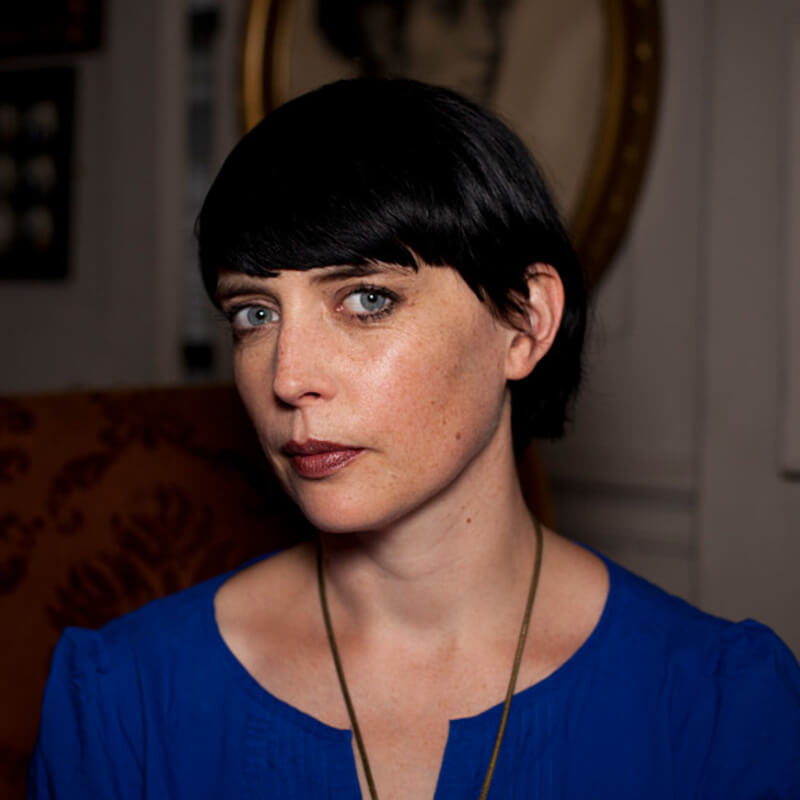 Angèle David-Guillou is a London-based French musician, composer and producer. Her orchestral compositions, including those on her three albums for UK label Village Green, have received international acclaim and have been noted for their cinematic qualities. Her distinctive, neo-baroque pieces have regularly featured in TV programmes and feature films, and her music has been used in commercial campaigns for Burberry (2021), Gucci (2020), Apple (2019) and Hugo Boss (2007), as well as international catwalk fashion shows, including a live performance in Tokyo, for Valentino Haute Couture in 2018.

Angèle studied piano and harmony in a French conservatoire from the age of five and, in her teens, sang and played electric guitar in rock bands – an activity that later took her all over Europe. There is an immediacy to her orchestral compositions, even the most complex ones, a flair for the melodic hook and an unavoidable rhythmic vitality, which are no doubt a tribute to this ‘dual’ training. “I need to be able to dance to my music,” says Angèle, who has been deeply influenced by the rhythms of the baroque dance music she has loved since she was a child.

In recent years she has developed a passion for the saxophone, an instrument whose versatility allows her to express, in her own word, “everything from the sublime to the grotesque, by way of the plain scary.” Her palette of sounds is otherwise marked by an interest in lower range instruments: trombone, contrabassoon, double-bass, bass clarinet and even the pipe organ.

When not making music or dancing in her kitchen, you will find Angèle at flea markets and thrift stores, on the lookout for yet another set of retro coffee cups and saucers. She ‘only’ owns 12 sets so far. You never know what kind of a coffee-cup day today is going to be.