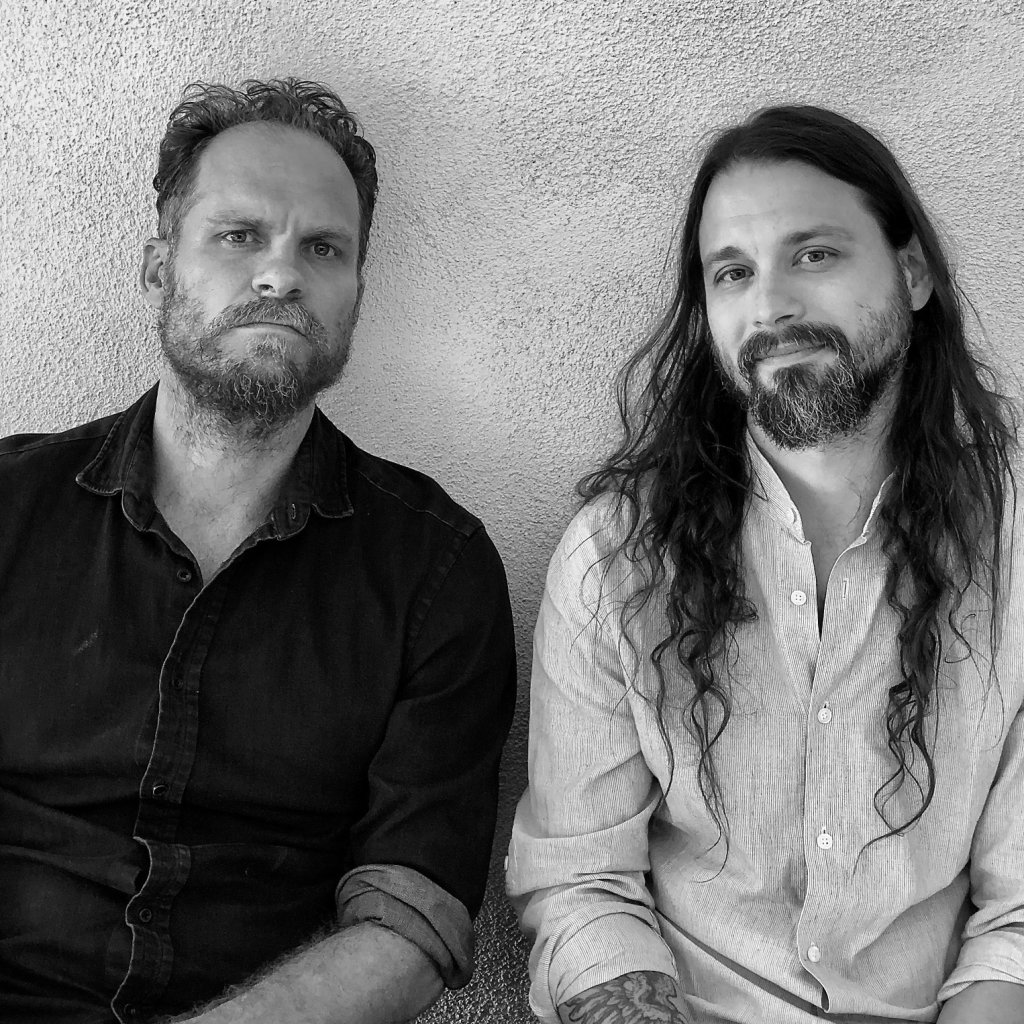 Danny Bensi and Saunder Jurriaans are two award winning film composers. They have been playing music together for over twenty years. In the last eight years, they have completed well over 100 acclaimed film and TV scores.

Before moving to New York in 2001, Danny was raised studying the cello in Europe while Saunder grew up playing guitar in Seattle’s thriving music scene. As a duo, they are known for bold unpredictability, uniqueness, and their ability to interpret a wide range of genres. Drawing from an array of modern classical styles and beyond, their compositions are filled with atypical orchestrations, sensuous melodies, and visceral soundscapes.

One of their first films, MARTHA MARCY MAY MARLENE (Dir. Sean Durkin) garnered much attention for its sparse and suspenseful score. Soon after, their sinister score for ENEMY (Dir. Denis Villeneuve) won “Best Musical Score” at the Canadian Screen Awards. In 2015, they scored Joel Edgerton’s acclaimed suspense thriller THE GIFT and later his 2018 drama BOY ERASED. More recent films include WINDFALL, THE WHITE TIGER, THE DEVIL ALL THE TIME and THE RENTAL.

In TV, Danny and Saunder have scored 4 seasons of Jason Bateman’s OZARK as well as THE OA and CHEF’S TABLE. Other television work includes FEAR THE WALKING DEAD, AMERICAN GODS, BECOMING A GOD IN CENTRAL FLORIDA and most recently OUTER RANGE, TOKYO VICE & THE STAIRCASE.

In addition, through Scorebird, their music has been used in trailers for 1917, ANTLERS, THE PLOT AGAINST AMERICA, THE KINDERGARTEN TEACHER, CHAPPAQUIDDICK, THE LITTLE STRANGER and more.